Click HERE to automatically create this email in your email client, or if that doesn’t work for your computer, here it is for you to send or modify as you like:

Here is our template of the email we’re having everyone send to Seattle City Officials:

In 1997, Seattle launched its off-leash areas as an unfunded mandate. The original off-leash areas totaled 19 acres of legal off-leash land around the city where dogs and their people could go to run, play, and socialize, as our four-legged friends demand daily. For 20 years, these areas have served as outdoor community centers not only for pups, but very much for their owners. Many of us that use the dog parks consider them an extension of our living rooms and front porches; a place for dog owners to gather and be with neighbors as we watch our dogs play. For far too long, the community benefit of dog parks has been overlooked, and as a result, they have never received adequate funding.

Between 1997 and 2014, the OLA system in Seattle has only added five acres, despite the fact that Seattle has the highest ratio of dogs-to-kids in the country (1.5:1) and is consistently listed as being one of the most dog-friendly cities in the country. By conservative estimates, Seattle is home to over 150,000 dogs, but there are only 14 dog parks, five of which are under an acre. The canine community was encouraged when in 2014 we heard that OLAs would get their first budget allocation, and that there would finally be a Master Plan for off-leash areas, but since then we have been remarkably underwhelmed.

The budget allocated for OLA’s by the Parks Legacy Committee was only $104,000 per year. The Master Plan as it was released, which used the first year of that funding, had no recommendations for expansion of the current system, not even pilot programs. Both of these facts are extremely concerning when one considers the equity gap within our current system. Consistently around our city, lower income communities, and communities of color are not being served by our OLAs. If a resident of Rainier Beach wants to walk or bus to their closest dog park, they have to go over 4 miles. If a resident of South Park wants to get to their closest OLA, they have to cross two freeways. West Seattle, Delridge, Roxhill, Rainier Beach, the International District, Beacon Hill, Madison Valley, the Central District, Leshi, Madrona, Yesler Terrace: all of these neighborhoods and many more are left without off-leash areas. The outcome of this inefficiency isn’t only people driving across town to exercise and socialize their pups, it is tax-paying citizens being forced into scofflaw behavior , and thus ticketing, because our parks have been built for only one type of family – there are 150 playgrounds for children across the city, not even including those in schoolyards.

Since the release of the People, Dogs, and Parks Plan draft was released, COLA and Seattle Parks and Recreation have negotiated several points to improve and expand our off-leash system in Seattle. The problem now is $104,000 a year is not enough to expand and manage our dog park system in a meaningful way. We need more funding to expand the dog parks that went unfunded for 20 years. We need funding from City Council to ensure Seattle Parks has the resources to open up new pilot locations in underserved neighborhoods across our city. We need to expand this system in an equitable and meaningful way. Now more than ever, we need places where people can come together to build community.

As a tax-paying dog owner, I ask you to please fund Seattle Parks and Recreation to help expand the off-leash system so that all members of our community have a place to recreate legally with their dogs among our neighbors.

We are a 501c3 nonprofit organization.

We exist with your support. All donations are tax-deductible.

Happy New Year 2019 the first celebration of the year is just a couple of days ahead of us. And we are highly excited and going crazy about it. Of course, going crazy about it holds a lot of reasons. Like, first of all, it is the day which is a start to a new year. As well as it is the time when we do make resolutions and try our best to stick with it. In addition to that, it is another big celebration after the Christmas. And we all want to party our heart out on this day. 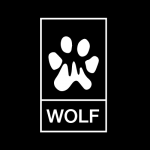 ShareIt for PC is a file sharing app that has been very successful especially in recent years. If you are still one of those people who have not yet downloaded and installed this application on your computer, you have come to the perfect place. You will find the direct download link for the app here.